‘This magazine is flush with tight, smart writing.’
Washington Post

Literary Review covers the most important and interesting books published each month, from history and biography to fiction and travel. The magazine was founded in 1979 and is based in London.

Browse the best of the worst in bad sex literature below.

And now the Literary Review Bad Sex in Fiction Award 2020.

After weeks of deliberation, the judges of the Bad Sex in Fiction Award 2020 have taken the difficult decision to cancel this year’s prize.

The judges felt that the public had been subjected to too many bad things this year to justify exposing it to bad sex as well. They warned, however, that the cancellation of the 2020 awards should not be taken as a licence to write bad sex. A spokesperson for the judges commented:

“With lockdown regulations giving rise to all manner of novel sexual practices, the judges anticipate a rash of entries next year. Authors are reminded that cybersex and other forms of home entertainment fall within the purview of this award. Scenes set in fields, parks or back yards, or indoors with the windows open and fewer than six people present will not be exempt from scrutiny either.”

According to the spokesperson, the judges reached their decision at an emergency meeting in the Hyde Park rose garden. All are now self-isolating.

In a shock announcement, the judges of the 2019 Bad Sex in Fiction Award have awarded the prize to two authors rather than one: Didier Decoin for The Office of Gardens and Ponds (MacLehose Press) and John Harvey for Pax (Holland House Books).

The award was presented by Nicky Haslam. 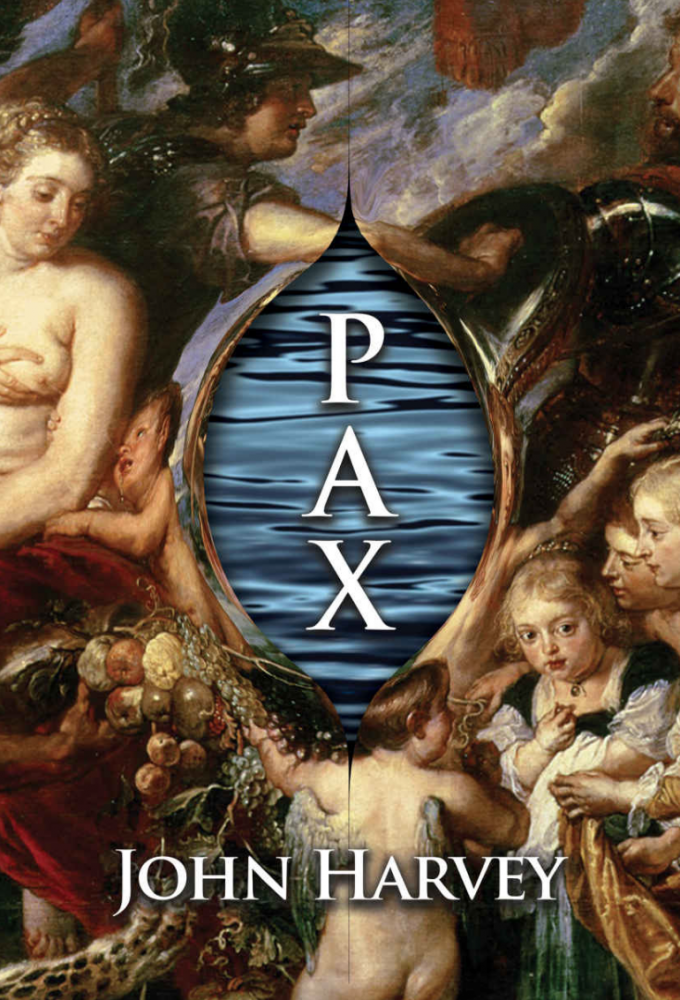 The result was announced at a lavish ceremony on Monday 2 December at the In & Out (Naval & Military) Club in St James’s Square, London, where the 400 guests raised a toast to the winners.

After hours of tortuous debate, the judges were unable to choose between the final two. In a statement they said: “We tried voting, but it didn’t work. We tried again. Ultimately there was no separating the winners.”

Didier Decoin is a French writer who received the Prix Goncourt in 1977 for his novel John l’Enfer. In 1995 he became secretary of the Académie Goncourt. John Harvey is a writer and a Life Fellow at Emmanuel College, Cambridge. He has written five novels, as well as essays and books on visual culture.

The judges added: “Faced with two unpalatable contenders, we found ourselves unable to choose between them. We believe the British public will recognise our plight.”

Here are two extracts from the winning novels:

“Katsuro moaned as a bulge formed beneath the material of his kimono, a bulge that Miyuki seized, kneaded, massaged, squashed and crushed. With the fondling, Katsuro’s penis and testicles became one single mound that rolled around beneath the grip of her hand. Miyuki felt as though she was manipulating a small monkey that was curling up its paws.” [from The Office of Gardens and Ponds] 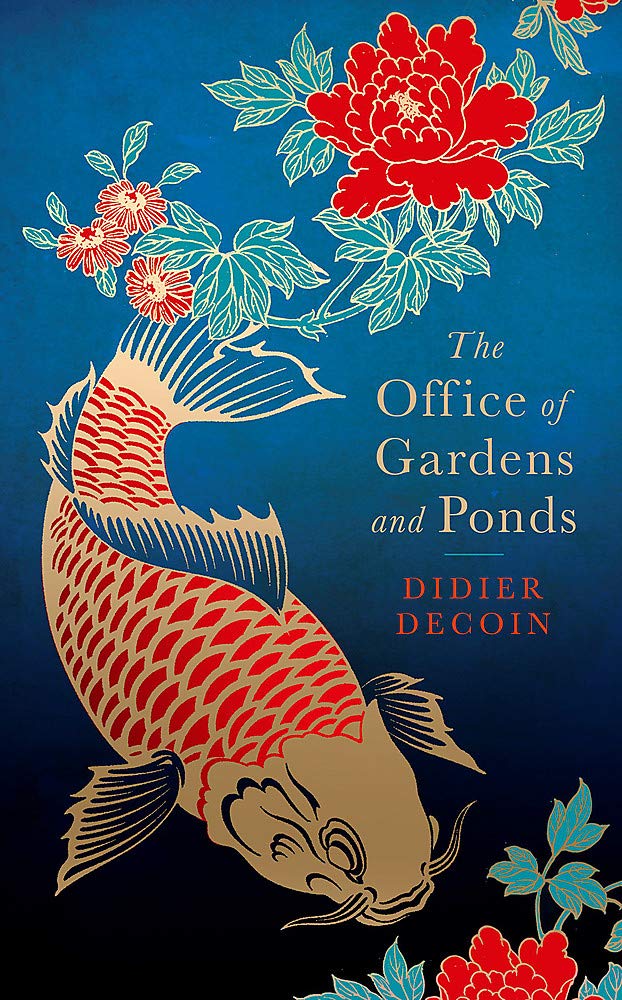 “She was burning hot and the heat was in him. He looked down on her perfect black slenderness. Her eyes were ravenous. Like his own they were fire and desire. More than torrid, more than tropical: they two were riding the Equator. They embraced as if with violent holding they could weld the two of them one.” [from Pax]

Among the other shortlisted books were The River Capture by Mary Costello (“He clung to her, crying, and then made love to her and went far inside her and she begged him to go deeper and, no longer afraid of injuring her, he went deep in mind and body, among crowded organ cavities, past the contours of her lungs and liver, and, shimmying past her heart, he felt her perfection”); City of Girls by Elizabeth Gilbert (“Then I screamed as though I were being run over by a train, and that long arm of his was reaching up again to palm my mouth, and I bit into his hand the way a wounded soldier bites on a bullet.”); and Dominic Smith’s The Electric Hotel (“The actual lovemaking was a series of cryptic clues and concealed pleasures. A sensual treasure hunt. She asked for something, then changed her mind. He made adjustments and calibrations, awaited further instruction”).

Books nominated so far include The River Capture by Mary Costello, The Office of Gardens and Ponds by Didier Decoin, City of Girls by Elizabeth Gilbert, Pax by John Harvey and The Electric Hotel by Dominic Smith. At the time of writing, nominations continue to come in. 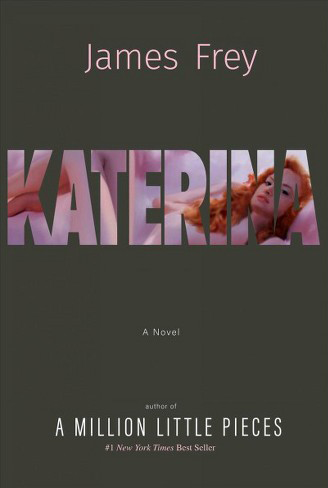 The award was presented by pop star Kim Wilde.

The result was announced at a lavish ceremony on Monday 3 December at the In & Out (Naval & Military) Club in St James’s Square, London, where the 400 guests raised a toast to the winner.

The judges of the Bad Sex in Fiction Award were swayed by several sex scenes in Frey’s novel, including an extended passage set in a Paris bathroom involving the narrator, Jay, and his lover, Katerina, a model from Norway. The following is merely a brief extract:

James Frey said in response: ‘I am deeply honored and humbled to receive this prestigious award. Kudos to all my distinguished fellow finalists, you have all provided me with many hours of enjoyable reading over the last year.’

Frey is based in the United States. He shot to fame in 2004 with the publication of A Million Little Pieces. His other books include My Friend Leonard and The Final Testament of the Holy Bible, which was nominated for this award in 2011. He was unable to attend the ceremony.

Among the other shortlisted books were The Paper Lovers by Booker short-listed Gerard Woodward (“Beneath them her wetness met his own wetness, and they stirred against each other, she pestled him slowly, until miraculously he found himself rigid again, as though he had risen out of his own pain, fresh and ready”); Haruki Murakami’s Killing Commendatore (“I slipped my erect penis inside. Or, from another angle, that part of her actively swallowed my penis, immersing it in what felt like warm butter”); and Scoundrels by Major Victor Cornwall & Major Arthur St. John Trevelyan, edited by Duncan Crowe and James Peak (“Her vaginal ratchet moved in concertina-like waves, slowly chugging my organ as a boa constrictor swallows its prey”).

Kim Wilde is currently touring supporting her latest album, Here Come the Aliens (released March 2018), which has been hailed as a stunning return to the spotlight, as well as providing two top ten hits in the UK (‘Pop Don’t Stop’ and ‘Kandy Krush’). Wilde’s pop and rock music career spans three decades, after she burst onto the music scene in 1981 with ‘Kids in America’. She has sold 30 million record sales and released 12 albums to date.